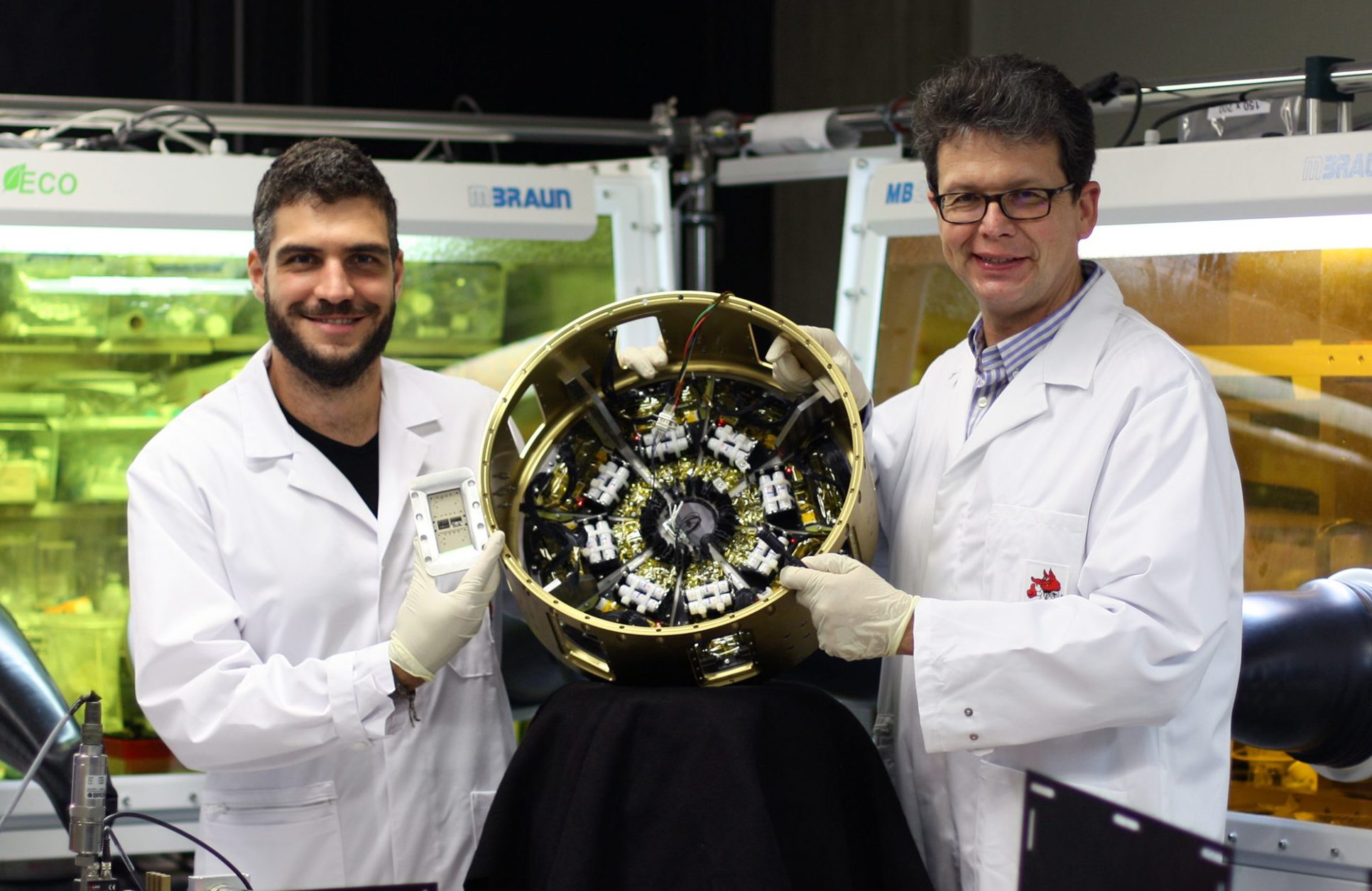 Perovskite and organic solar cells are promising options for future generations of solar cells. Over recent years, their efficiency has rapidly caught up with that of conventional silicon-based cells. “The best perovskite solar cells currently achieve efficiency levels of 25 percent,” says Peter Müller-Buschbaum, Professor of Functional Materials at the TUM Department of Physics. “These thin solar cells, less than one micrometer thick, applied to ultra-thin, flexible synthetic sheet, are extremely lightweight. They can therefore produce nearly 30 watts per gram.”

This is only possible thanks to a decisive advantage of the new solar cells: Production of silicon solar cells requires very high temperatures and elaborate processes. Perovskite cells and organic semiconductors, on the other hand, can be manufactured at room temperature from solution. “These organic solutions are very easy to process,” explains the lead author Lennart Reb. “Thus the technologies open up new fields of application in which conventional solar cells were simply too unwieldy or too heavy – and that also applies far beyond the aerospace sector.”

Two different types of organic and perovskite solar cells were tested in space for the first time on a research flight as part of the MAPHEUS 8 program at the European Space and Sounding Rocket Range in Kiruna, Sweden. The rocket reached a height of nearly 240 kilometers. “Our MAPHEUS program allows us rapidly to implement experiments in a zero-gravity environment, offering exciting research findings,” says Professor Andreas Meyer, co-author and Head of the DLR Institute of Materials Physics in Space. “This time it went particularly quick: it took us less than a year to progress from the initial idea to the maiden flight of the solar cells as part of the MAPHEUS 8 program.”

“Electrical measurements during the flight and the evaluation after recovery of the rocket showed that perovskite and organic solar cells can achieve their potential in terms of expected performance in orbit height,” reports Professor Müller-Buschbaum. “Our measurements are therefore of great scientific value.” The solar cells also generated electrical energy under diffuse incidence of light. “Cells turned away from the sunlight, which received only sparse lighting exclusively from the earth during the flight, still supplied electricity,” says Reb.

Due to their much thinner thickness, the new solar cells could therefore also be used in much dimmer light, for example on missions to the outer solar system on which the sun is too weak for conventional space solar cells. According to DLR material scientist Andreas Meyer, “it would not be the first time that innovations are first established as space technologies but go on to be used around the world in other sectors. One reason for this is probably the very strict requirements that space places on all technical components.” (Press Release: TUM Corporate Communications Center)

The research project received funding from the DFG German research association as part of the e-conversion cluster of excellence, from the Alberta / Technical University of Munich International Graduate School for Functional Hybrid Materials (ATUMS), and as part of the Solar Technologies Go Hybrid (SolTech) Bavarian Research Association TUM.solar project.

Prof. Dr. Peter Mueller-Buschbaum (right) and Lennart Reb (left) in the laboratories of the Professorship of Functional Materials at the Technical University of Munich with the payload module “Organic and Hybrid Solar Cells In Space” (OHSCIS) in their hands. (Wei Chen / TUM)